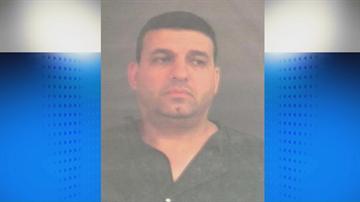 SOUTH BEND, Ind. – South Bend’s West Side is buzzing as people debate the merits of Monday’s police raid on the Olive Street Convenience Store at the corner of Olive and Prast.  Police took multiple items out of the store and arrested the owner, Ebrahim Almalabeh, saying he had been selling Viagra without prescriptions.

Many residents have come forward to defend Almalabeh, describing him as a good, decent person always willing to help people.  But, during community meetings complaints about activity outside his store were common.

“This shop did cause a lot of problems here, a lot of negative attention from the bad people that we did not like in the area," explained Jonathan Wilder, who lives nearby.

The store has been criticized as the center of crime activity in the nearby neighborhood.

The question on many minds was whether the police raid would actually reduce crime in the area.

“It will, this kept up a lot of action in the area,” explained Jonathan Wilder.  “It will keep this area quiet.”

Even those, like Wilder, who supported the raid thought it might have been unfair for the police to target the store’s owner.

“I feel as if it’s not the store owner’s fault, he can’t help who patronizes his shop,” explained Wilder.  “He has assisted in keeping problems down in the area.”

But, others took a dim view of the owner’s alleged selling of prescription medicines.

“If you’re going to do something that’s against the law…you get what you deserve,” Crystal Vardaman explained.

Regardless of their view on Almalabeh’s arrest, many residents still feel the raid on the store reflects that law enforcement is listening to the community concerns brought up in West Side meetings.

"To let these folks around here know, that they do make a difference,” explained Jonathan Wilder.  “It's going to take us, pretty much unifying around the neighborhood to change what's going on around here."

Residents say there will be a meeting at 6:30 p.m. on Wednesday at the Holy Trinity Episcopal Church across the street from the Olive Street Convenience Store to discuss the raid and other issues the community feels need to be addressed.

“Maybe somebody else could move in here that could show a little more decency than what was displayed,” explained Crystal Vardaman, pointing to the store.

On Tuesday the prosecutor’s office had yet to file any formal charges against Ebrahim Almalabeh pending a review of evidence.  According to a press release charges may be filed as soon as Wednesday.