Residents hospitalized after fire breaks out 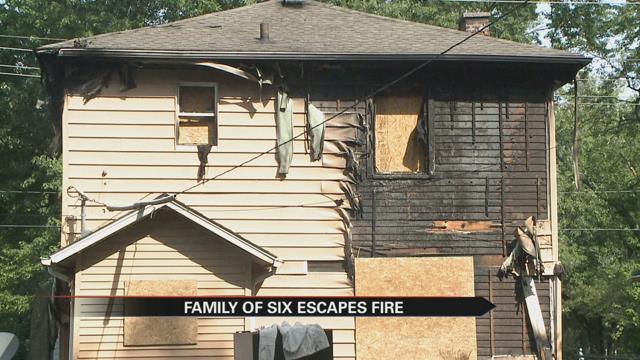 A South Bend family of six is recovering after a large fire destroyed  their home.

The call came in after 3 a.m. Thursday morning for a fire at 1906 West Elwood Avenue in South Bend.

"It was really shocking. My heart dropped in my stomach," Davis said.

Shortly after, Davis says she saw emergency vehicles pull up.

The South Bend Fire Department says at least six people were in the home at the time.

They managed to rescue all six plus the dog.

The fire forced at least one resident to the roof of the porch.

"They threw a ladder and then helped that resident get down," Captain Gerard Ellis of the South Bend Fire Department said.

The fire started in the kitchen from a cooking incident, according to the fire department.