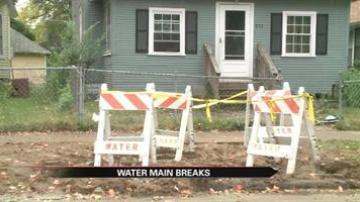 BENTON HARBOR, Mich. --Benton Harbor residents are fed up with water issues. Aging water mains seem to be breaking on a regular basis. Residents near Colfax Avenue say they watched water gush out of a broken water main for almost a month.

Residents say they called the city over and over about the broken water main.

"One was broken probably two months ago and it took them that long to fix it," said resident Ishanee Velox.

Many of the residents say they are losing confidence in the city being able to handle emergencies like this.