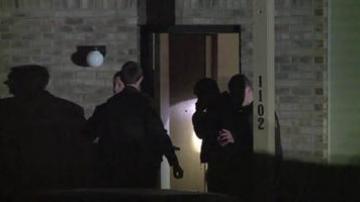 ELKHART COUNTY, Ind. -- The Elkhart County Sheriff's Department is investigating a shooting that happened at the Deer Creeke Apartments Sunday night. One man was shot and killed.

Sunday night, 26-year-old Anthony B. Perez was shot and killed inside a unit at the Deer Creeke Apartments.

Neighbors say it is the second fatal shooting at the complex in less than a year.

"We haven't really been used to that kind of violence in our neighborhood," said Jacquelline Moreno-Nava.

"Even the idea of that scares us because we want to be safe; we want our kids to be safe in this neighborhood," said Moreno-Nava.

"Me personally, I think they should do better background checks on people," said Rugg.

Rugg was friends with the victim and says something doesn't add up with the shooting.

"He was a real nice guy. He had kids and all. So, I can't see why someone would take him away from his kids anyways," said Rugg.

We contacted the management of the complex to see if they plan on making any changes to security but they declined comment.