Residents want help from city to turn neighborhoods around 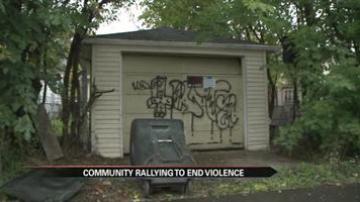 For Muhammad Shabazz - addressing crime in South Bend is a never ending battle.

"This year, violent crime is down, but you have other crimes that are up; such as property crime and things like that," said Muhammad Shabazz of the Civil Rights Heritage Center.

On Wednesday, he and a group of concerned citizens met to talk about problems and potential solutions.

It was part of an ongoing effort from last year when the same stakeholders put up lemonade stands in troubled neighborhoods.

The idea ran out of steam.

They're not fully satisfied with the way things are currently being handled, so they hope to bridge the gap with police and city officials.

"An everyday citizen just wants to feel safe, and we want to be able to get help when we need it," said Vollmer.

She says Tuesday night's shooting serves as a perfect example of why change is needed.

The thought is if police met with neighborhood groups consistently some new ideas might come out.

"We need the city administration, the police department to show that they're dedicated to the neighborhood too. And that way people can work together and solve these issues," said Shabazz.

The group is hoping someone from the mayor's office and the police department will talk about this.

A meeting is scheduled for November 13 at 6 p.m. at the Civil Rights Heritage Center. Everyone is welcome