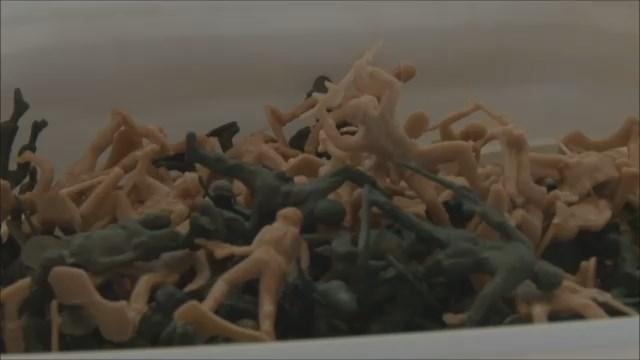 Veterans Day isn’t just being appreciated with events and ceremonies, toys are also reminding locals about their sacrifices.

“We live in a busy world and it gets people to think and remember,” said Jim Wendel, Store Manager at Penguin Point in Elkhart.

They say one employee came up with the idea to give them away so people can display them at home, work or school.

“I think it’s important you know we recognize the sacrifices our veterans have made,” said Wendel.

And for one employee in particular, the plastic soldiers spark a bittersweet memory… the memory of her late husband.

“He entered the service with his father’s permission. He was only 16,” said Betty Mabie, an employee at Penguin Point.

Betty Mabie has been with the restaurant since 1985 and she says she remembers everything her husband told her.

And while she misses him-

“He passed away in 2011, uh cancer. But he helped everyone that he could. He was a good man and he had a lot of friends and relations and it’s hard, I’m sorry, I still miss him,” said Mabie.

She’s happy for the opportunity to share his story.

“I know that all of the one’s I knew thought of their country in a special way and would do anything they could and that’s the way it works. Veterans are wonderful,” said Mabie.