Resurfacing on US 33 in Goshen is in full swing 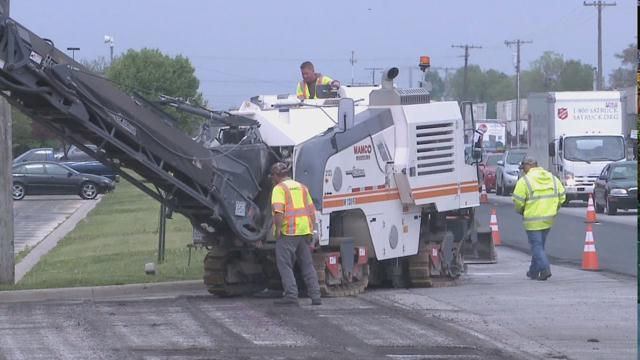 A construction project that goes straight through Goshen into Dunlap is in full swing. INDOT started repaving US 33 from Second Street to Ferndale Road.

Michael Lyvers says the traffic delays caused by the construction costs him money.

“It's pretty bad right now. Looks like it is way backed up,” says Michael Lyvers.

For close to 40 years Lyvers has done repairs for restaurants up and down US 33.

“When you are on the road and you have all this traffic you know you have to get someplace and you told them eight o'clock and you aren't there 10 after or even 15 after,” said Lyvers.

Time is money in Lyvers' line of work.

“It's probably going to take me 20 minutes to get down to Bob Evans which is 5 minutes away,” says Lyvers.

Additional traffic is more time on the road and less work hours logged in the books.

“I got to start very early in the morning to maintain my eight hours a day and if I don't then I get shorted and ya know that affects my base pay, that affects my family,” says Lyvers.

INDOT representatives say the project will be completed by mid summer.

Despite the annoyance of more time behind the wheel, Lyvers says he understands that new roads are a necessity.

“If you don't have progress like this – then people aren't going to want to go down 33 because it's not nice,” says Lyvers.

INDOT says crews will being working on the US 33 bridge in Benton just south of Goshen. This project will start late summer and the bridge will be closed for about four months.
Share this article: