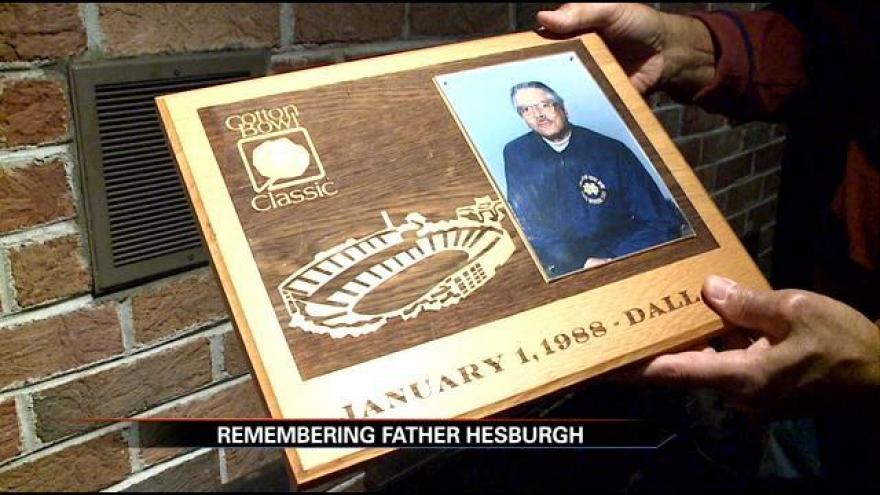 NOTRE DAME, Ind. - Two days after Notre Dame President Father Hesburgh passed away people all over Michiana have recalled their favorite memories and times with the man who impacted so many lives.

Dr. S. Bernard Vagner worked as a physician at Notre Dame for 28 years and remembered different times he treated Father Hesburgh at the Health Center.

“Father Hesburgh used to come into the Health Center and several of the Priests back in 1977, 1978 and '79. I treated him for out patient procedures and other priests too.” said Vagner.

Dr. Vagner was the first African-American physician and recalled Father Hesburgh as a kind man and a good person.

“He was instrumental in saying 'Yes, it's alright to have an African-American physician,'” said Vagner.

After Vagner retired from the university, he got a letter from Father Hesburgh.

“He thanked me for my service and that he had been a beneficiary of my good care. He also wished me well in my retirement,” Vagner added.