Rev. Pinkney to be tried in July on election fraud charges 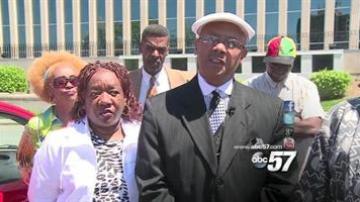 "Who would believe that they would send somebody to trial which is probably going to cost me $30,000 to $40,000 to defend myself when there was no evidence at all," said Reverend Edward Pinkney.

We talked with Pinkney after his court appearance,

Pinkney is accused of changing dates on a few signatures on the petition to recall Mayor James Hightower.

Schrock says that because the petitions were in Pinkney's possession there's enough evidence to charge Pinkney with making those changes.

"He assumed because I had it, it had to be me, but close to 10 to 15 other people were in possession of those petitions. He has no evidence at all. If you assume something you have to have facts to back it up and he had no facts," said Pinkney.