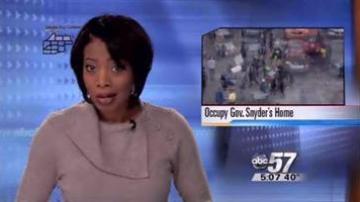 The rally was in response to the new emergency manager law. Some Michiganders say it unfairly targets African American communities.

Emergency managers are in place in Benton Harbor, Flint, Pontiac, and the Detroit public schools.

The emergency financial law may be one of the topics mentioned in Gov. Snyder’s second state of the state address.

Snyder will stand in the house chamber in the capitol. He is expected to speak about making government and schools run better.

The governor will make his speech Wednesday night at 7.