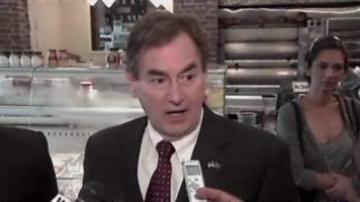 "I’m about getting this economy growing again,” said Mourdock. “Indiana is doing better than most states, but that's not good enough. We've got to have a pro-growth economy. That's the issue that most Hoosiers are talking about. "