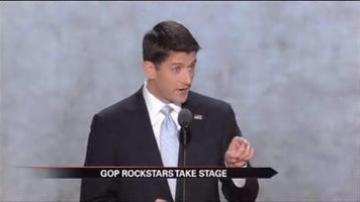 TAMPA, Fla. -- The third day of the Republican convention saw some of the parties most popular  members on stage on Wednesday night.

Along with former Arkansas Governor Mike Huckabee, former Secretary of State Condelezza Rice took the stage too and had plenty of support.

The biggest and brightest speaker of the night was Vice Presidential candidate Paul Ryan.

Tonight's speech was a huge one in Ryan's career.

According to a new poll 22 percent voters didn't have an opinion of him one way or the other.