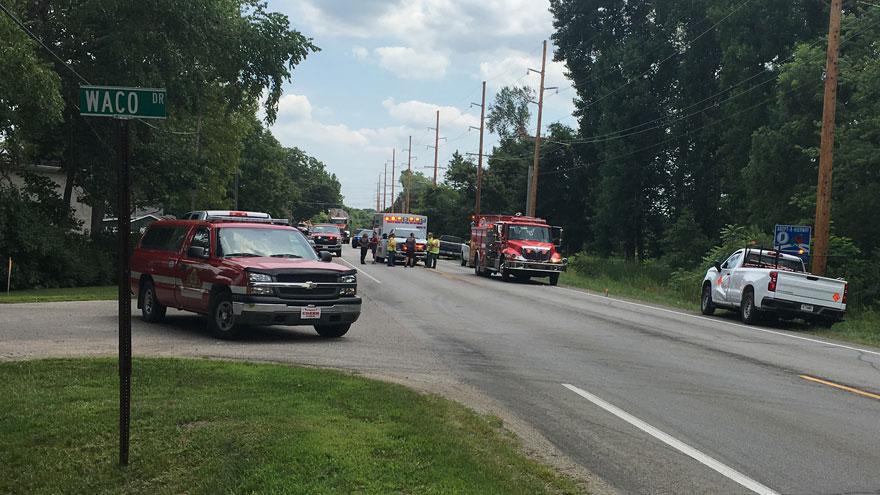 KOSCIUSKO COUNTY, Ind. -- A road crew worker was killed when a vehicle struck him as he removed construction signs along SR 13 Friday afternoon, according to the Kosciusko County Sheriff's Office.

Just before 2 p.m. on Friday, Ben Fisher and a coworker were removing road construction signs in a utility pole project area on SR 13 north of E. Waco Drive.

They were loading the signs into a Chevy Silverado parked on the west side of SR 13.

The preliminary investigation revealed Fisher was walking along the driver's side of the Silverado when he was struck by a Ford F-150 traveling southbound on SR13, according to deputies.

The Silverado pushed Fisher's coworker into the ditch, but refused medical treatment.

Fisher was pronounced dead at the scene.

The driver of the F-150 was not injured.

This crash remains under investigation by the Kosciusko County Fatal Team.