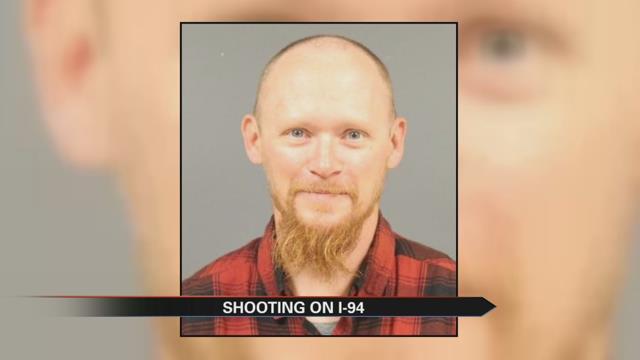 A road rage incident between a motorcyclist and a semi-truck resulted in a shooting and an arrest on I-94 early Friday morning.

The Lincoln Charter Township Police Department responded to the scene of eastbound I-94 at approximately 7:43 a.m. to investigate.

Police say upon arrival, 45-year-old Allen Shotko of Cedar Spring, Michigan told officials he had been driving his semi-truck and trailer through a construction zone when he encountered the motorcyclist.

The motorcyclist, 34-year-old Trenton Norris of Porter, Indiana told police the truck had cut him off in the construction zone, which angered him.

According to officers, Shotko said Norris allegedly pulled a pistol from his coat and began to shoot at Shotko while both vehicles were still in motion.

A bullet hole was located in the truck’s radiator, causing minor damage to the truck.

No injuries resulted from the shooting.

Police recovered a loaded .40 caliber pistol from Norris upon investigation.

Officers say Norris admitted to the incident but says he did not intend to cause the driver of the truck any physical harm.

The Berrien County Prosecutors Office says Norris has been charged with four charges including assault to do great bodily harm.