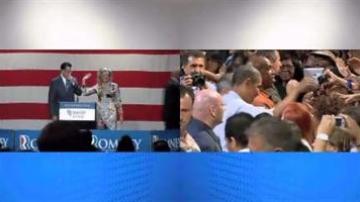 There are only 43 days left on the campaign trail until the presidential election.

After a rough week, Mitt Romney is hoping he can hit the reset button. This is the last full week before the presidential debates shift the campaign into a new phase.

National polls show a tight race, but in the battleground states that will decide this election, polls show President Obama in the lead.

Romney dismissed calls for him to shake things up.

“Well, it doesn't need a turnaround," said Romney. "We've got a campaign which is tied with an incumbent president to the United Sates.”

On Tuesday, Romney kicks off a critical bus tour through Ohio.