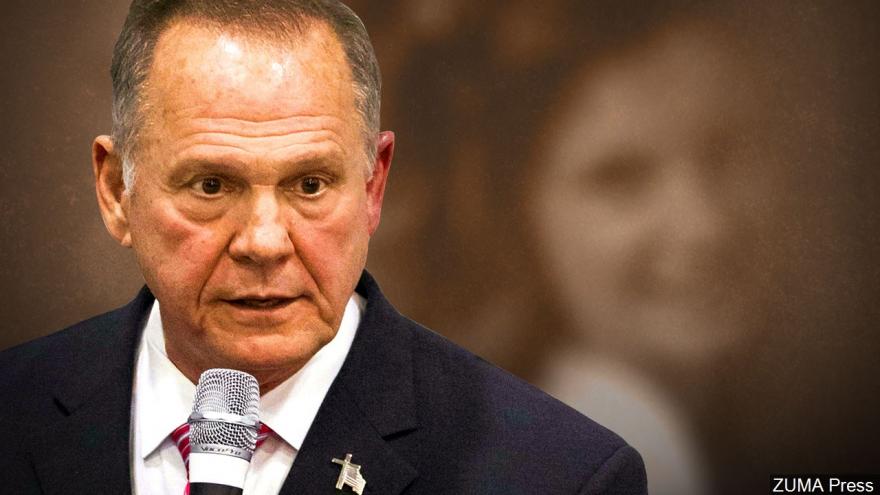 "My resources have been depleted and I have struggled to make ends meet, but I have not lost my faith in our God, who is our true source of strength and will never leave or forsake us," Moore wrote in a Facebook post.

On Thursday, Moore's campaign Facebook page posted link to a page for donations along with a message describing legal costs from "another vicious attack from lawyers in Washington D.C. and San Francisco who have hired one of the biggest firms in Birmingham Alabama," who he says are bringing forth "another legal action against me and ensure that I never fight again."

"I have lawyers who want to help but they are not without cost and besides their fees, legal expenses could run over $100,000. I have had to establish a "legal defense fund, anything you give will be appreciated," read his message, which was previously reported by The Washington Post.

Moore ran and lost against the Democratic candidate, Sen. Doug Jones, in the Alabama special election last year, but was highly controversial and faced allegations that he had sexually abused teens, claims which he has repeatedly denied.

Moore is facing a lawsuit from Leigh Corfman, who during the election alleged in a Washington Post report that Moore sexually abused her when she was 14 and he was in his 30s. Corfman filed the lawsuit as a defamation case against Moore since the statute of limitations for sexual misconduct has expired, the Post reported.

In the Facebook post, Moore also said he has "no regrets! Together we fought the good fight, we finished our course, and we have kept the faith. And we do not intend to quit! The future of our children and grandchildren is at stake."

Moore also thanked his supporters and added: "After over 40 years of public service I cannot back down now."

"The political Left is filled with men and women whose sole aim in life is to overthrow our God-ordained rights which are guaranteed in the U.S. Constitution," his post said. "It is your responsibility and mine to stand up to this vile encroachment on our rights, and defend that for which the Founding Fathers sacrificed so greatly. Please send a generous gift today to the Roy Moore Legal Defense Fund to help me defeat, once and for all, those who would destroy America in order to usher in their anti-Christian 'kingdom.'"