Rudolph and Santa, from Rudolph the Red-Nose Reindeer TV special, up for auction 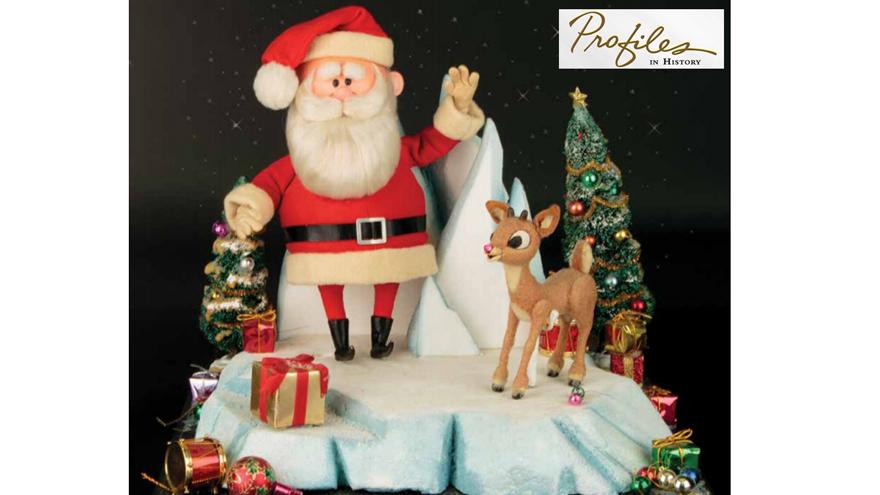 A Los Angeles auction house will be auctioning off the Rudolph and Santa Claus puppets used in the stop motion 1964 classic Rudolph the Red Nosed Reindeer.

The auction house, Profiles in History, auctions Hollywood memorabilia. The two will be sold together at auction on November 13.

The puppets were created by Japanese puppet maker Ichiro Komuro out of wood, wire, cloth, leather and yak hair.

The 1964 television special was produced by Animagic at Tadahito Mochinaga’s MOM Productions in Tokyo, according to the auction house.

After the show was produced, the puppets were sent from Japan to New York to Rankin/Bass Productions, which produced the special.

In the 1970s Arthur Rankin Jr gave the puppets to his secretary, and she gave them to her nephew.

They remained in the nephew’s possession until they were sold to collector Peter Lutrario in 2005.