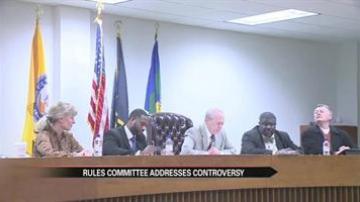 The report summarizes the conversations the attorney had with six of the nine people who filed complaints about the post.

The report includes a copy of the photo in question that depicts a man engaged in inappropriate activity with a dog.

Becky Kaiser is one of the people who filed a complaint against Davis.

"It's not about Henry, it's about what Henry did. We need to get more people up and out there watching these guys. These are the people that make the rules that were supposed to live by," said Kaiser.

Kaiser is doubtful anything will be done at the next meeting, but the council plans to meet the first week in April to decide what, if any, action will be taken against Davis.