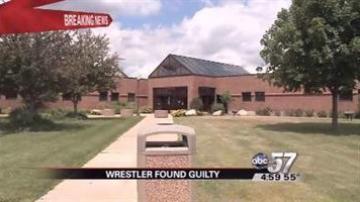 The sixth and final accused teammate went to trial on Thursday.

The teen was charged with one count of Attempted Criminal Deviate Conduct- a Class B Felony and one count of Battery- a Class A Misdemeanor. Judge Nemeth presided over the proceedings and for the first time in this assault scandal, a judge ruled from the bench.

Judge Nemeth acquitted the teen of the first felony charge but ajudicated- found him guilty- of the battery charge.

The teen will be sentenced on July 17.

So far, two other teens plead guilty and two more were found guilty after a trial.

A verdict on another teammate is expected to come down next week.