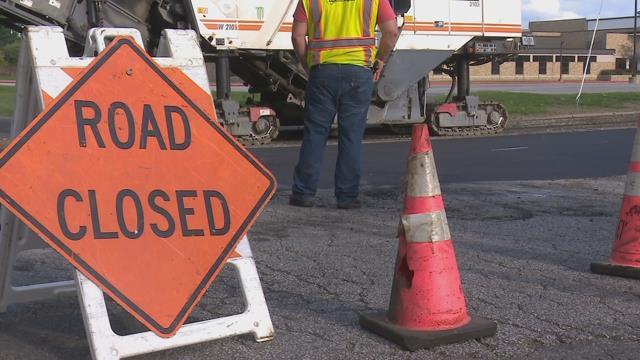 La Porte’s roads are cracked, crumbling, and filled with potholes, so this year the city is using a new system to gradually fix them.

“Across the city of La Porte, our average for our entire 113-mile network of streets is about a 4, so we have a considerable amount of work to do,” said La Porte mayor Blair Milo.

That number—four—is lower than the average across the state of Indiana.

“We’ve been working on a pavement plan for the last few years,” said Mayor Milo.

“[It] evaluates the material condition of each road, and gives it a score of 0 to 10 with a 10 being the best, and a 0 being the worst,” said Milo.

“[It] identifies priority areas based off of their categorization of material condition, how many streets feed into it, how many people live on the streets, how readily it’s traveled,” said Milo.

After rating each stretch of road, the PASER system identifies the areas which could give La Porte the most bang for its buck. These are some of the targeted areas this year that the city anticipates being finished in the next two weeks:

By about mid-November, 17 miles or 15% of the roads in La Porte will be freshly paved.

The paving plan, however, is expensive.

“In order to get our roads up to an acceptable condition, a rating that’s around a 6 or 7 or so is about $17 million,” said Mayor Milo.

This year, however, the city is spending $2 million with the help of the Community Crossings Program.

“It is managed through INDOT and provides state funds toward local government that then matches dollar for dollar up to 1 million dollars,” said Mayor Milo.

The matching dollars came from the following:

“The $17 million price tag is just to get from where we are now to where we need to be. It does not account for the maintenance that also comes on with that, the recurring cost that’s around $750-800,000 each year,” said Mayor Milo.

The city also plans to fix some of the roads’ drainage problems in the reconstruction process.

To find out more information about road closures and projects in La Porte, visit the city’s website: http://www.cityoflaporte.com/130/Engineering-Building-Services.