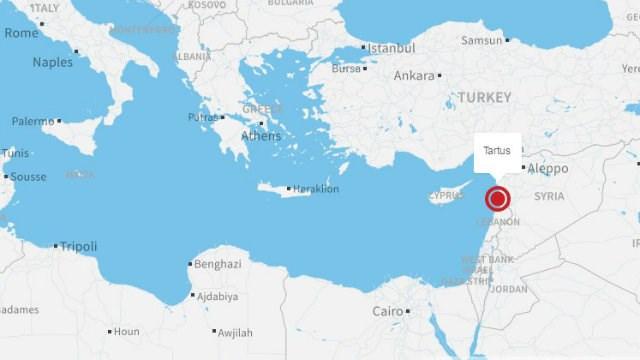 (CNN) -- Russia plans to expand its supply base in the port city of Tartus, Syria, into a permanent naval base, Deputy Defence Minister Nikolai Pankov said on Monday, according to state news agency TASS.

"In Syria, we will have a permanent naval base in Tartus. The corresponding documents have been drafted. Currently they are in the process of inter-departmental coordination," said Pankov, during a meeting of Russia's Federation Council's international affairs committee.

"The degree of readiness is rather high," he said, adding that he hoped to ask the committee to ratify the move soon.

Tartus lies on Syria's Mediterranean coast between Lebanon to the south, and Turkey to the north.

Russia's naval facility in the port city -- its only base in the Mediterranean -- dates back to Soviet days.

Consisting of a single pier, the base has acted primarily as a repair yard and supply station for Russian warships during Mediterranean Sea missions, but has not served as a permanent base.

Since Moscow entered the war, helping to swing momentum in the conflict in the favor of Syrian government forces, the strategic center of Russia's military operation has been Hmeymim airbase, near Latakia.