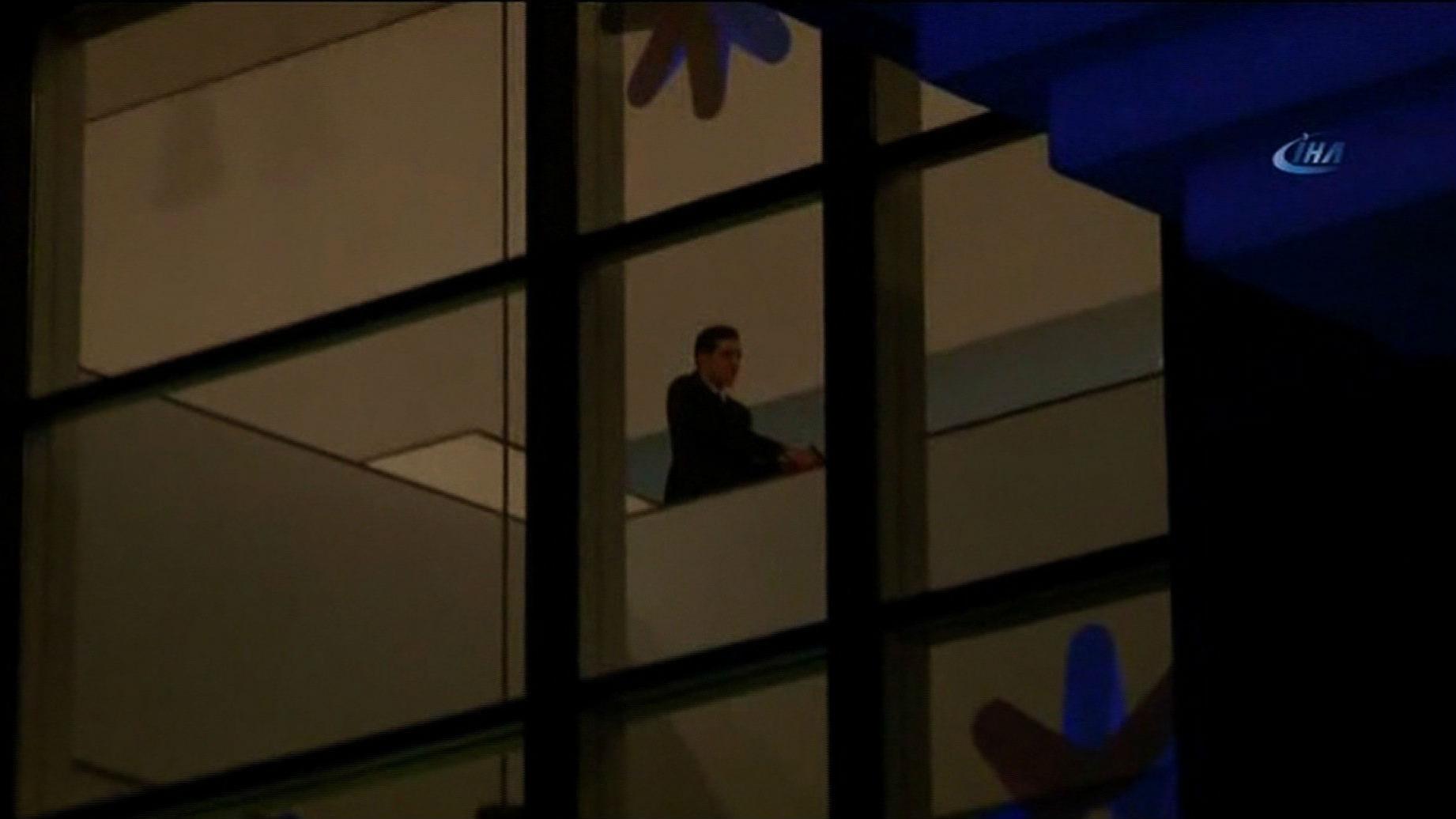 (CNN) -- An off-duty police officer assassinated Russia's ambassador to Turkey at an art exhibition in Ankara on Monday, officials said, shouting "Do not forget Aleppo!" as he opened fire.

The shooting of Ambassador Andrey Karlov was captured on video. Russia's foreign ministry described it as a "terror attack."

Russia has been instrumental in helping Syrian President Bashar al-Assad's regime in its push to retake the eastern sector of Aleppo, which had been held by rebels for nearly four years.

Here's what we know right now:

• Off-duty police officer Mevlut Mert Altintas was the gunman, Turkish Interior Minister Suleyman Soylu said in a press conference. The attacker was born in 1994 in the town of Soke in Turkey's Aydin province, he said.

• Turkey's official Anadolu news agency reported that the gunman had been neutralized. But it was not immediately clear whether the attacker was killed or captured by police.

• Karlov was giving a speech at the opening ceremony of a photo exhibit when the gunman opened fire.

• Images of the scene showed a body on the ground as a man wearing a suit and holding a pistol stood nearby.

"Get back! Get back!" the man can be heard shouting in Turkish as he waves a gun.

"Only death will remove me from here. Everyone who has taken part in this oppression will one by one pay for it," he said.

• The shooting occurred a day before diplomats from Turkey, Iran and Russia are scheduled to meet in Moscow to discuss the situation in the besieged Syrian city of Aleppo.

• "We are currently in contact with Turkish authorities, who are assuring us that a thorough, comprehensive investigation will be conducted," Russian foreign ministry spokeswoman Maria Zakharova said in remarks broadcast on Russian television. "Murderers will be punished. Terrorism won't sustain. We'll fight it."

• The attack occurred at the Cagdas Sanat Merkezi modern arts center in Ankara. The arts center is located in a posh, upper-middle-class neighborhood, near luxury hotels and many foreign embassies.

"He's a diplomat who's contributed a lot in fighting terrorism during his career," Zakharova said.

The ambassador began his diplomatic career in 1976 and has been the envoy to Turkey since 2013, according to a profile on the website for the Russian Embassy in Ankara.

• Russian President Vladimir Putin and Turkish President Recep Tayyip Erdogan spoke on the phone after the shooting to discuss the details of Karlov's death, according to Russia's state-run Sputnik News Agency.

Russia is the most powerful ally of Assad's regime and has carried out airstrikes since September 2015 to prop up the embattled leader. As one of the five permanent members of the UN Security Council, Russia has also used its veto powers to block a political solution to end the war.

"Our task is to stabilize the legitimate government and to create conditions for a political compromise ... by military means, of course," Putin told the state-run Russia 24 TV in September.

Moscow's bombardment of Syria has drawn criticism from Western powers, with US President Barack Obama on Friday accusing Russia of slaughtering civilians in the besieged city of Aleppo.

"Responsibility for this brutality lies in one place alone: the Assad regime and its allies Russia and Iran," Obama said during a year-end news conference. "The blood for these atrocities are on their hands."

Moscow has recently tried to distance itself from the current assault in eastern Aleppo, saying earlier this month it hasn't bombed the city since October 18.

A series of attacks

The shooting of the ambassador is the latest in a long string of attacks in Turkey this year, although it's the first in recent memory to be directed at a foreign dignitary.

A car bomb exploded near a public bus in the central province of Kayserion Saturday, killing 13 soldiers and wounding 55 people, according to Turkish officials.

The attack came exactly a week after a pair of bombings in Istanbul killed 44 people, including 37 police officers, and injured 155 others. The explosions, which occurred after a heavily attended soccer game at Besiktas Vodafone Arena, were claimed by a Kurdish militant group called the Kurdish Freedom Hawks.

The attack comes at a time of improving relations between Turkey and Russia -- relations that hit an all-time low after Turkish forces shot a Russian warplane out of the sky near the Syrian border in November 2015.

Russia had slapped a raft of sanctions on Turkey in the wake of the deadly jet incident, hurting Turkish exports and damaging its tourism industry.

But the relationship began to thaw in June, when Turkish President Recep Tayyip Erdogan wrote a letter expressing "regret" to the family of the pilot who was killed in the shootdown.

When Erdogan faced down an attempted military coup in July, Russian President Vladimir Putin was among the first world leaders to call and offer his support.

Erdogan and Putin have spoken several times on the phone in recent weeks as they worked to hammer out a deal to evacuate civilians from eastern Aleppo.