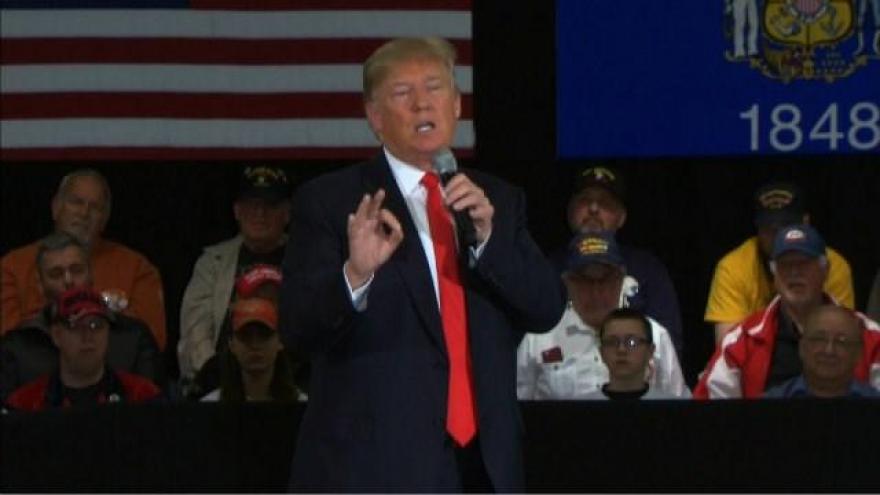 "I don't want to think about that possibility, but if it should be, then everything is up for grabs," Ginsburg told The Associated Press in an interview published Friday.

But the leader of the court's liberal wing didn't sound too concerned about the possibility -- referring to the next president with the pronoun "she."

"It's likely that the next president, whoever she will be, will have a few appointments to make," Ginsburg, told the AP, a thinly veiled reference to presumptive Democratic nominee Hillary Clinton.

The 83-year-old Ginsburg is the court's oldest justice, but Justices Anthony Kennedy and Stephen Breyer are also in their 70s -- and the potential retirement of the three justices during the next president's term has made Supreme Court nominations a cornerstone of the 2016 campaign. But Ginsburg gave no indication to the AP that she plans to step down in near future.

This leaves the court with eight members, which Ginsburg has said "is not a good number."

The Supreme Court has emerged as a key issue in the 2016 race, with both Clinton and Trump emphasizing the next president's role in shaping the ideological direction of the high court.

In a meeting with House Republicans this week, Trump repeatedly stressed the importance of a Republican winning the White House because of the balance of power on the Supreme Court. South Carolina Republican Rep. Mark Sanford, a Trump critic who still hasn't decided if he will back his party's presumptive nominee, suggested Friday that the issue might be enough to tilt him to vote for Trump, something initially he didn't think he would do.