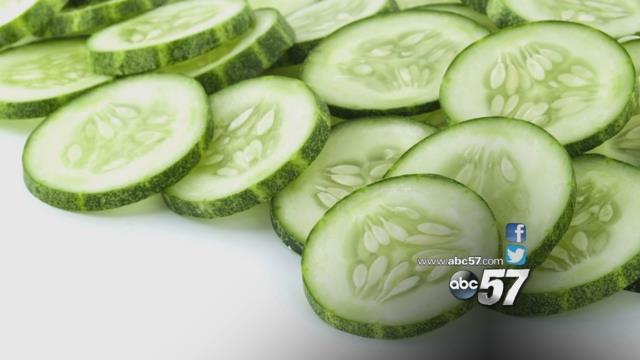 Currently, three people have died from the salmonella outbreak linked to cucumbers and more than 140 have gotten sick in the past nine days despite a recall earlier in the month, that is according to the Centers for Disease control.

The latest numbers show that 112 people across the country have been hospitalized and 52% of them are younger than 18.

Those more likely to have a severe illness are children less than five years old, adults older than 65, and those with a weakened immune system.

Most people who become infected with salmonella usually develop symptoms anywhere from 12-72 hours after being exposed to the bacteria.

Symptoms can be diarrhea, fever, and stomach cramps. The illness typically lasts four to seven days and most people recover without treatment.

They are typically dark green in color and about seven to 10 inches in length. Often times they are referred to as a "slicer" or "American" cucumber.

It is believed that cucumbers produced in the states are not part of this outbreak.

If you are unsure if you have contaminated cucumbers, you can contact the store where they were purchased or just throw them away.

For more information on the salmonella outbreak, click here.