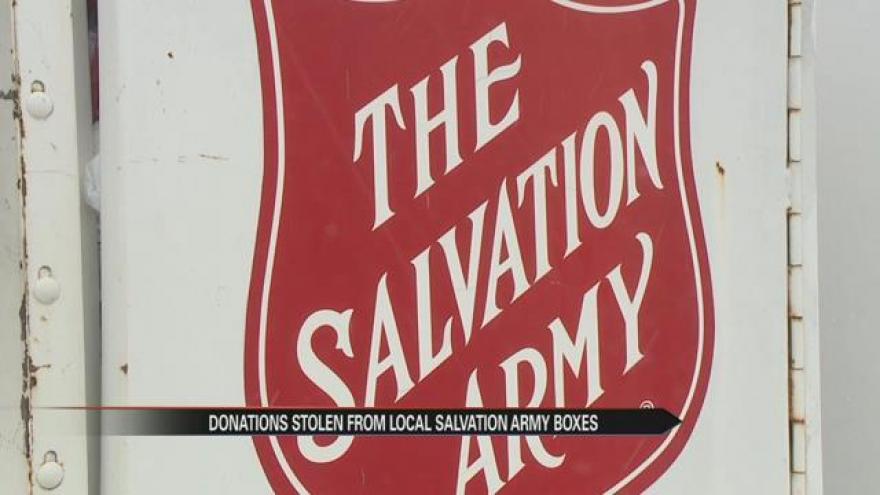 What's normally a season of giving has been one of theft for a local Salvation Army donation center. The location on Ireland Road in South Bend has seen three break-ins of their donation boxes during the holiday season.

The manager of this store says he's mortified that this could even happen. And hopes whoever did this won't just be apprehended, but also get some help.

"Please stop. If you're in need of help, call us. That's what we're here for. That's what the salvation stands for," said Chris Chronowski, store manager of the Ireland Road Salvation Army.

It first happened around Thanksgiving. The padlocks on the Salvation Army's donation boxes had been clipped. And the items inside were no where to be found.

Then the thieves struck again on Christmas Eve and Christmas Day. And Sunday another attempt was made, but unsuccessful. The organization estimates that about $1,000 worth of donations were in each box.

"They are taking from other people in need. And if they are in need there is stuff for them too," said Chronowski.

"When someone does something like that where we have to spend hundreds of dollars replacing the locks because they're all keyed the same. It really makes everything go backwards and hits home a little bit."

South Bend Police are still investigating. There was no video of the incident or witnesses, so now the Salvation Army says they are looking into stepping up their surveillance.