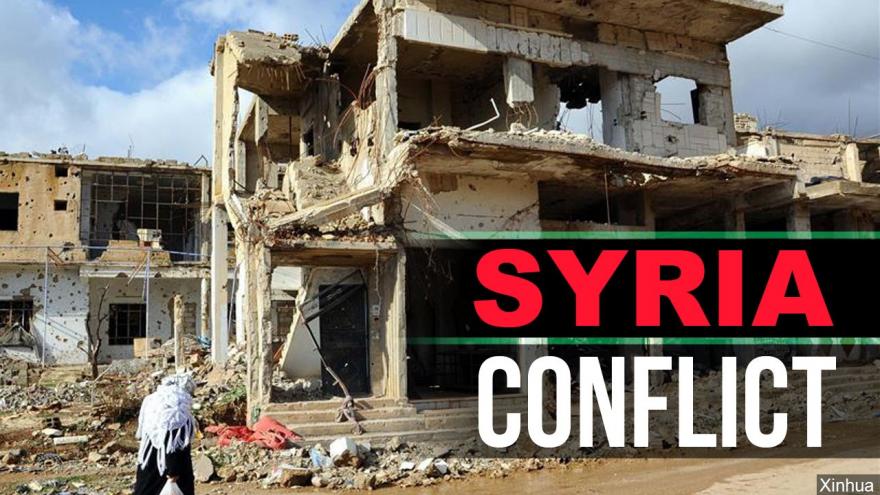 (CNN) -- Biological samples from the area of the alleged chemical attack in Syria have tested positive for chlorine and a sarin-like nerve agent, according to a US official with familiar with the US analysis of the test results.

A western official told CNN that it is not conclusive but officials suspect the substance used in the attack was a mixture of chlorine, sarin and possibly other chemicals.

Another US official familiar with how the US intelligence is unfolding regarding the chemical attack tells CNN that the initial intelligence assessment -- that a chemical agent was used -- is based on viewing the videos and comparing the shown physical effects with what is known about both chlorine and nerve agents.

Speaking at the United Nations on Friday, US Ambassador to the UN Nikki Haley pushed back against denials by both the Syrian and Russian governments that chemical agents were used in the weekend's attack.

The alleged chemical attack took place in Douma last Saturday. Medical sources and activists in Syria said blood, urine and hair follicle samples were smuggled in batches to Turkey after rebel groups and their families were pushed out of the area by the Assad regime, CNN reported earlier on Friday.

The sources did not know what happened to the samples after they reached Turkey.

It is unknown whether the samples analyzed by the US are the same as those smuggled by the activists through Turkey.