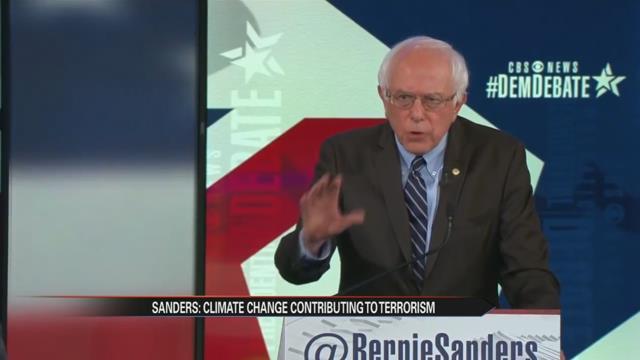 When asked if he believed that climate change was still the greatest threat to national security, Senator Bernie Sanders reiterated his stance.

“Climate change is directly related to the growth of terrorism. You’re going to see all kinds of international conflict,” said Sanders.

On Sunday, Sanders explained how something like a drought could be linked to an ISIS attack in Paris.

“When people can’t grow their crops they’re going to migrate into cities.”

“When people migrate into cities they don’t have jobs and people will be subject to the types of propaganda that Al Qaeda and ISIS are using right now,” said Sanders.

Sander’s comments have been met with criticism over social media but his statement also has the support of the White House.

In May, the White House issued a report citing increased extreme weather as something that worsens refugee flows and provokes conflict over basic resources like food and water.