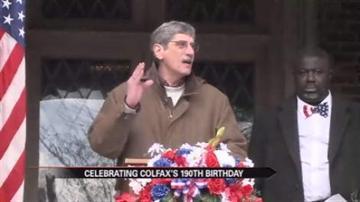 Colfax served as the 17th vice president of the US. He was instrumental in proposing the amendment that abolished slavery.

Michiana residents gathered at the site of his house in downtown South Bend Saturday afternoon to recognize his achievements.