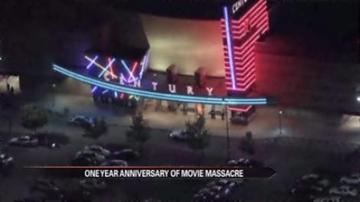 On July 20, 2012 suspect James Holmes allegedly opened fire in a crowded movie theater at the midnight premiere of "The Dark Knight Rises."

Twelve people died and more than 70 others were injured.

Holmes was arrested outside of the theater just minutes after the killings.