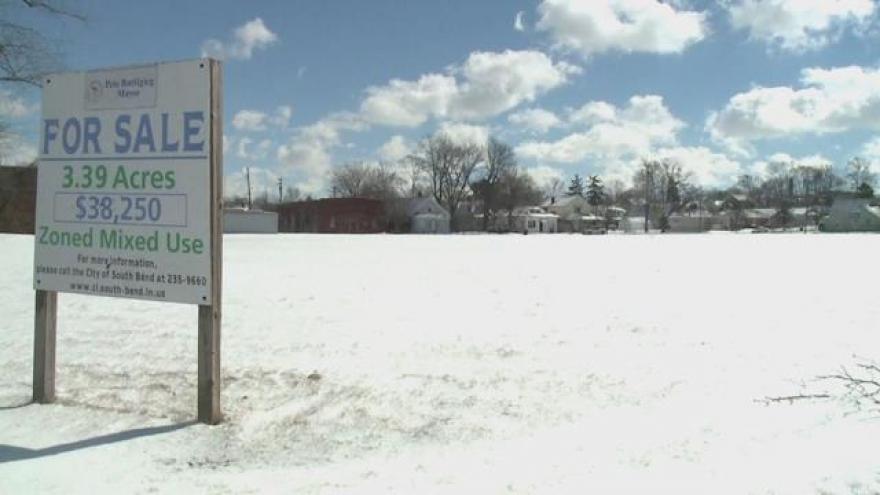 The South Bend Heritage Foundation just got the green light to move forward with its plan to build permanent supportive housing for some of the city’s homeless.

South Bend is one of 15 cities across the state to receive a tax credit, which will help fund this development.

The foundation said permanent supportive housing for the homeless is not a new idea, adding that it has been tested across the country.

For more than a decade the lot, known to many as the former Oliver School, has sat empty.

But it won’t be much longer.

The foundation just received the funding to develop a 32-unit apartment complex for individuals in need who live across the city.

Mariani said these individuals will sign a lease and even pay rent.

“There’s a stipend of state and local funds that will be assigned to help cover rents,” he said.

The goal is to keep them housed, out of hospital emergency rooms and off of the streets.

“There’s a selection process of really wanting to house the most vulnerable,” Mariani added.

The plan is getting mixed reviews from homeowners and renters throughout Rum Village.

“I’m kind of for it but I’m kind of against it too,” said James Jacobs who lives just a few houses away from the property.

Some are throwing their full support.

“I’m glad the city is doing something to help the homeless out and I think it’s something we should encourage,” neighbor Jason Giger explained.

“As long as they don’t bring people with drug offenses, child molesters, and all that and raise the crime rate around here I don’t mind. I’m just worried about our property value,” Ronald Biers added.

Mariani said there will be restrictions.

Sex offenders and individuals with an extremely violent history are not allowed.

And due to the success of existing permanent supportive housing developments in nearby Elkhart, Goshen and Fort Wayne he is looking forward to the development opening here.

“We’re excited about the opportunity to do it here in South Bend. We think it will really make a difference in reducing homelessness,” Mariani said.

Construction will start this October and is expected to complete by October of 2017.

The foundation hopes it can welcome residents right away.