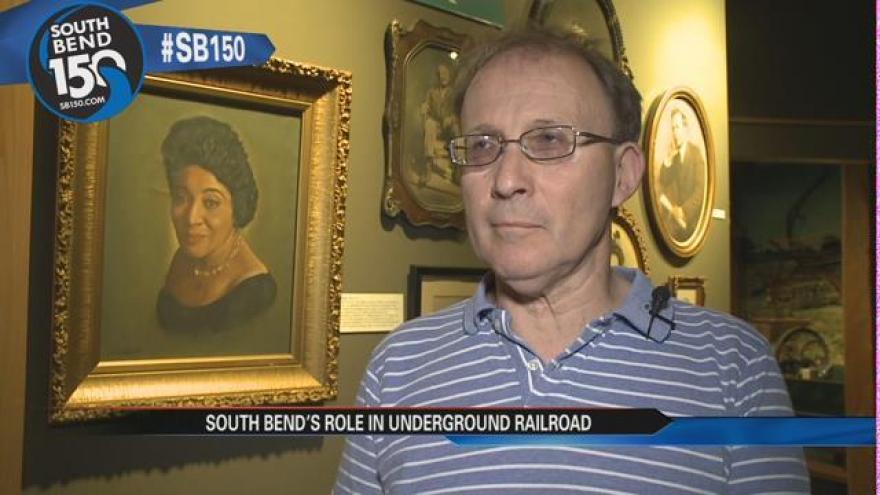 SOUTH BEND, Ind. - Even before the City of South Bend was incorporated – its land played a pivotal role in the pursuit of freedom and justice.

The secret network, known as the “Underground Railroad” led thousands of slaves to freedom during the 1800s.

And what it now known as South Bend had a major impact on this journey.

“These fugitive slaves heading toward Canada disappeared as if they were on an underground railroad. And that's how it got its name,” The History Museum Senior Curator Emeritus David Bainbridge explained.

But the Underground Railroad was actually a loose connection of trails and passages.

It was a network of free blacks and abolitionists all working to help slaves escape to freedom in the northern states or Canada.

“It is estimated about 1500 or a little more came through this area,” said Bainbridge.

Beginning around 1830 and leading up the Civil War in 1861, St. Joseph County played a critical role in this process.

During those years, free blacks and local abolitionists housed slaves and even used book clubs and barber shops to secretly collect money for Underground Railroad efforts.

“What makes St. Joe County so involved is that we did border Cass County Michigan and that for one reason and another, many times slaves would not go all the way to Canada they felt safe enough to settle in Cass County,” Bainbridge said.

And in 1849, when a Kentucky slave owner attempted to recapture a number of slaves in Cass County, folks in St. Joseph County rallied.

Bainbridge said, “A crowd quickly surrounded them. They would not let the owner's take them back.”

Unfortunately today, the physical traces of this chapter in our history are far gone.

Most of the homes known to have housed slaves have been torn down over the years.

And there is little written evidence because of the severe consequences abolitionists faced for transporting slaves.

“Abolition families really caught a lot of flack to use a modern day term, for being abolitionists. And it wasn't seen as a heroic activity. It was seen as, okay you're following your conscience, but you are also just pushing us closer to the edge,” explained Bainbridge.

The exact number of slaves who found freedom using the Underground Railroad is unknown.

But only a small fraction of slaves during these years were able to escape.

In 1865—the same year slavery was formally abolished in the United States, South Bend was established.