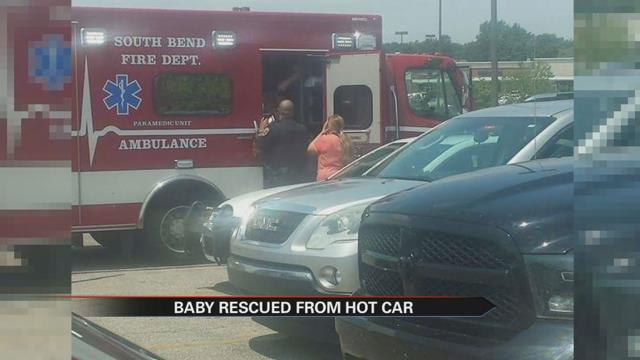 Whether accidental or intentional, police say you have always got to be mindful of a child in a car.

South Bend Police say situations like the one that unfolded on Sunday afternoon where temperatures reached 90 degrees and an infant had to be rescued from a vehicle are extreme emergencies.

South Bend Police Lt. Steven Noonan says leaving a child alone ijn a car in any situation, particulary in this kind of extreme heat, is ill-advised and illegal.

If you are ever a witness in that type of situation, Noonan says the best option is to call 911 if you’re in a city like South Bend.

He says a patrol car should be at the scene in 3 to 5 minutes like it was on Sunday.

But he says in rural areas where it might take longer for police to arrive, getting the child to fresh air is the paramount thing that needs to be done.

“Try and not send shrapnel through a car obviously break a window furthest away from child. It would have to be one of the side windows because you’re not going to be able to shatter the windshield. The rear window probably may not shatter or you may not be able to get it out, or if you shatter one of the side windows be mindful of child in the car and the shrapnel glass shards flying through the air,” said Noonan.