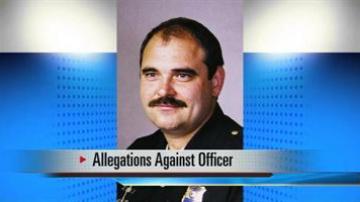 LAKEVILLE, Ind. -- Indiana State Police are investigating the alleged battery involving a LaVille Elementary school bus driver and a student, according to police.

The student reported the incident the day it happened, October 24, 2013.

The child claimed to have been slapped by the driver shortly before being let off the bus in the parking lot of the school.

The bus driver has been identified as Sergeant Wayne Boocher of the South Bend Police Department, who also drives a school bus.

The superintendent of Union North Schools says they have surveillance video of what happened, but he is not releasing that video.

He says he cannot comment on the child's accusations or the investigation.

He did confirm that Wayne Boocher is no longer driving a school bus as they wait to see what comes of the ISP investigation.

This isn't the first time Boocher has been accused of assault.

Back in 2007 his wife accused him of domestic battery and later recanted her story.