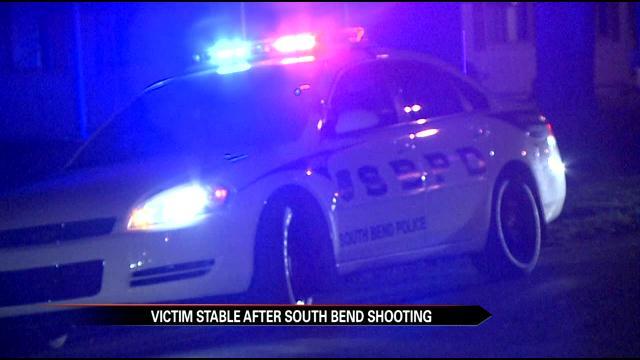 South Bend Police received a call around 7:30 Saturday that around ten shots were fired.

When Police arrived, they did not see anything.

Another call was received of a victim who had been shot in his back. He was inside one of those apartment buildings.

Police then began marking the bullets and that is when they concluded that they were fired from multiple directions.

“We don't have any suspects to look for, because the witnesses aren't talking and right now the victim isn't talking. As soon as we get more, we'll start putting this together,” said Sergeant Chuck Stokes of the South Bend Police Department.

Stokes said the victim will be okay.