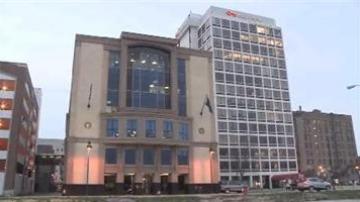 Many expressed concerns over the way things were being handled.

Samuel Brown, with Citizens United for a Better Government, said trust is lacking.

The censuring of former board Vice President, Bill Sniadecki, prompted him to speak out.

"I really don't feel at this particular time that they're all on the same page," Brown said.

He and other said there's a lot at stake; a feeling ousted VP Sniadecki shares.

"I will try to be respectful, but I need that respect in return," Sniadecki told fellow board members.

He's ready to move on and do the job he was elected to do, but admits some changes will have to be made.

"We do have to move on," Sniadecki said. "But it's not me who can make the change."

A change in communication.

Board President Roger Parent was absent Monday night, and the group collectively decided to cancel one of just two meetings in December.

"We can't stop the school board corporation because of one person," Sniadecki said.

Leaving many in the audience questioning what happens next.

"This is going to be a continued goal of Citizens United for a Better Government," Brown said. "Until, we are sure, we are getting the best for our dollar out of our administrators."