School board president; teachers claims, not our responsibility 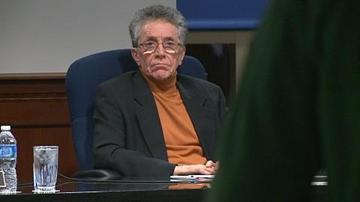 SOUTH BEND, Ind. – Two weeks after a Riley High School teacher’s emotional tirade during a South Bend Community Schools Corporation board meeting, board president Roger Parent had no regrets with how he handled the situation.

Tuesday night, Parent presided over another school board meeting and when it came time for the public to make comments he reiterated the district’s policy for employees in attendance.

In essence, the policy prevents employees from airing the districts dirty laundry in a public forum.

Some say, it also provides an efficient solution to the problem to be reached more quickly.

The policy, which is similar to policies at organizations all over the country, has employees take their concerns to their direct superior.

If they don’t feel satisfied with the resolution offered, the employee can take it up the ladder.

This would mean that eventually, if the employee could not be satisfied, the district superintendent would have to get involved; and only then, if they are still not satisfied, could an employee request a formal hearing in front of the school board.

What happened in early February with Jan Horrall did not follow that path, according to Parent.

At Tuesday’s meeting, the board did not discuss the comments made by Horrall at the previous meeting.

The only passing reference was a question posed to board member Jay Camponigro regarding research that was being conducted into the viability of creating cell phone dead zones in schools.

One of Horrall’s claims was that students were using cell phones to help a boy who brought a gun to school evade police and escape from the school.

After the meeting, Parent took a few minutes to address our questions about the board’s position on dealing with the content of Horrall’s concerns, despite the fact it appears she did not follow protocol in bringing them to the board.

According to Parent, the concerns were not something the board would be looking into at this time.

He made it clear, the concerns fell under the responsibility of the superintendent; and that the school board does not get into the day to day running of the district.

The board creates policies, said Parent, the superintendent implements them.

Horrall did not speak during public comments at Tuesday’s board meeting.