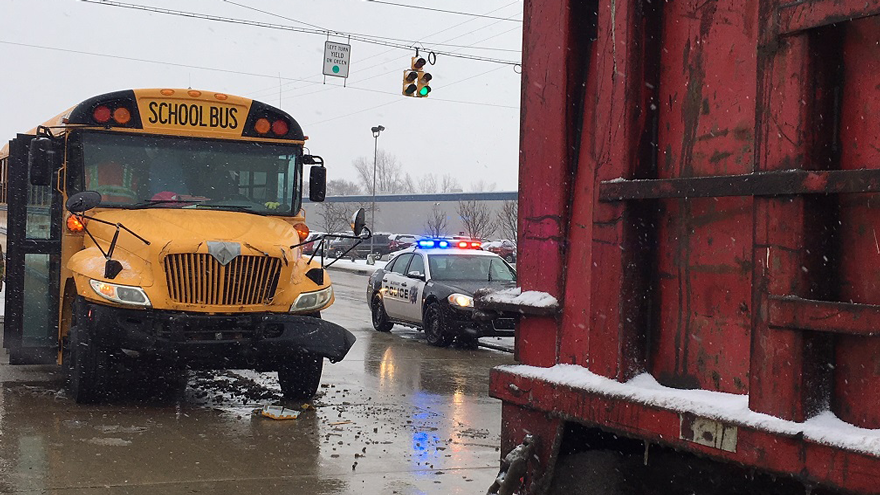 ELKHART, Ind. – Eleven Baugo Intermediate and Elementary students were taken to the hospital after their school bus was involved in a crash Wednesday morning.

The crash happened in the area of W. Hively Avenue and S. Nappanee Street around 8:45 a.m.

Elkhart Police said the school bus was unable to stop and rear ended a semi.

Police and paramedics were called to the scene, along with school administration and nurses.

There were 47 students on the bus at the time of the crash.

Of those, 11 students were taken to Elkhart General Hospital to be evaluated for minor injuries.

Officials have contacted parents about the incident while the uninjured students were placed on a replacement bus to school.