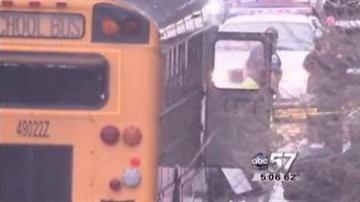 INDIANAPOLIS, Ind. -- In Indianapolis, the parents of a 5-year-old girl killed in a school bus crash are filing a lawsuit against the bus company.

Donasty Smith's parents said Miller Transportation, as well as the driver were negligent. Ten other students were injured when the bus rammed into a pillar last week on Monday.

They also want the bill "Donasty's Law" adopted. The law said that it will be mandatory for all state school buses to have seat belts.

Indiana is one of 44 states that don’t require them.