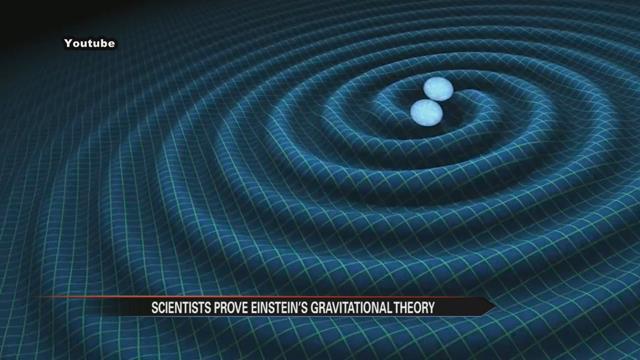 For the first time, scientists say we can hear the universe like never before in the form of ripples called gravitational waves.

“We have detected gravitational waves. We did it,” said David Reitze, LIGO’s Executive Director.

On Thursday, researchers from LIGO, the Laser Interferometer Gravitational-Wave Observatory announced they had detected ripples that arrived at the earth from a cataclysmic event in the distant universe.

A physics professor at Andrews University is also a researcher with LIGO, the observatory that confirmed Einstein’s 100 year old theory.

Tiffany Summerscales, a researcher at Andrews University, has been a member with LIGO since 2000.

She says these observed waves will make it possible to watch never before seen science, like seeing into the heart of a supernova and looking back to the moment the universe was created.

For now, Reitze says this discovery is as significant as any.

“400 years ago, Galileo turned a telescope into the sky and opened the era of modern observational astronomy, I think we’re doing something equally important here today, I think we’re opening a window on the universe, a window of gravitational wave astronomy,” said Reitze.

LIGO says this new discovery opens an unprecedented new window onto the cosmos.