Search continues for marine and relatives 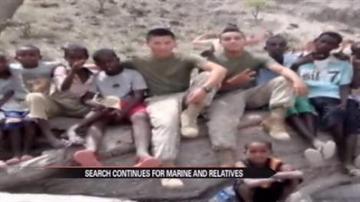 The FBI continues their frantic search as they investigate the kidnapping of a US Marine, his father, and his uncle.

Authorities say two weeks ago the three men were taken at gunpoint in Mexico.

Marine Armando Torres was visiting his father's ranch just across the Mexican border when armed gunmen snatched all three men.

They have not been heard from since.

"Just shocking because you don't want to believe it," said Cristina Torres, Marine's sister. "Cousin called and said she saw a white truck and saw several people get out and go inside the house and took them."

Law enforcement sources told ABC News it is unclear why anyone would abduct members of this family.

The family says there is an active drug cartel in that region of Mexico and they might have something to do with it.