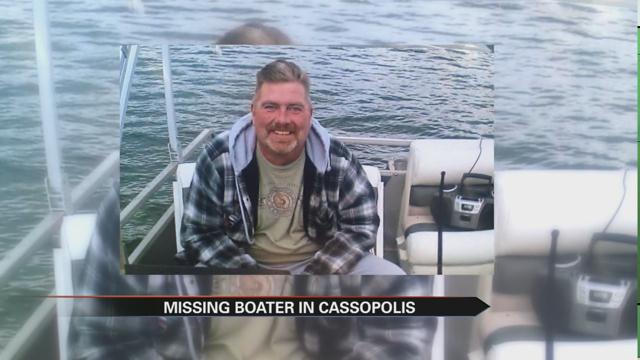 The boat washed up on the shore of  Diamond Island without DeYoung Saturday.

That's when his mother began to worry.

“It wasn't unusual for him to be gone for a day or two and he would use the boat and leave the house. She became concerned because he usually calls her. When they found the boat she called right away because at that point she knew there was something wrong,” Cass County Sheriff's Office Lt. Tom Jacobs said.

DeYoung went boating alone Wednesday, so it's difficult for authorities to determine where he fell off the boat.

They say they think he fell off while working on the motor behind the boat.

“He had just put a new motor on the pontoon before he went out that day, and I believe he was probably working on it, trying to get it to run properly,” Jacobs said.

Crews will be back on the lake early Tuesday morning to resume the search for DeYoung. Authorities don't believe DeYoung was wearing a life jacket at the time of his disappearance.
Share this article: