Seattle company offers $70,000 salary for everyone 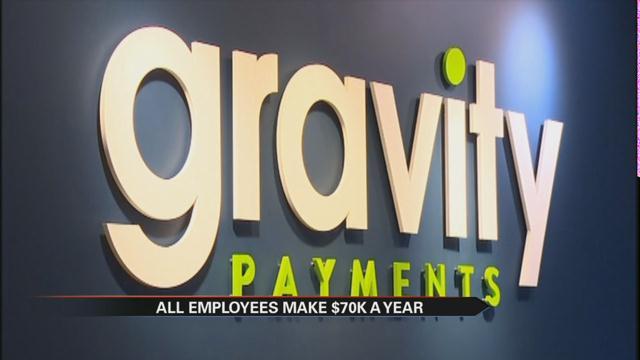 A Seattle company is raising the bar and some eyebrows with a pay raise that's gaining national attention.

From here on out, every employee at Gravity will start out making $70,000 a year.

That starting rate is for everyone, even the lowest clerical workers.

The CEO, Dan Price, was inspired by cities that had raised the minimum wage.

His move, he says, takes that a step further.

"This gives me the ability to travel and see my family more," says Kate Kramer, who is getting a bump in her salary now. "I can actually start contributing to the 401K plan that Gravity offers."

Price is taking a huge pay cut himself to get on par with his fellow employees.

That's a huge drop from the $1 million a year he was raking in.

But, he says he's okay with it because he doesn't need that much money to live.