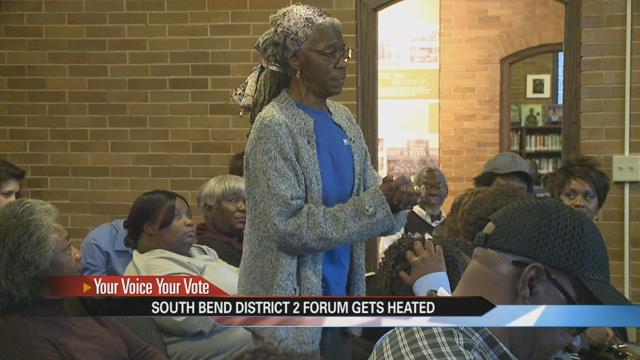 Incumbent councilman Henry Davis Jr. and candidate Regina Williams-Preston directly addressed issues from concerned residents and made another bid for their votes.

Both candidates sounded off on issues to a packed room of taxpayer.

“If you don’t make it will you work with Henry?” one resident asked.

They also raised passionate concerns and many felt their voices were heard.

“There were some heartfelt discussions,” said resident Peter Helland.

Some heartfelt discussions centered on candidate Williams-Preston motivation to run and doubts of candidate Davis’s ability to lead.

Residents say their questions were tough for a reason.

“That’s a tough job, you know, being tied in with the city,” said Marvin Crayton.

They want to make sure they elect a representative that truly represents them.