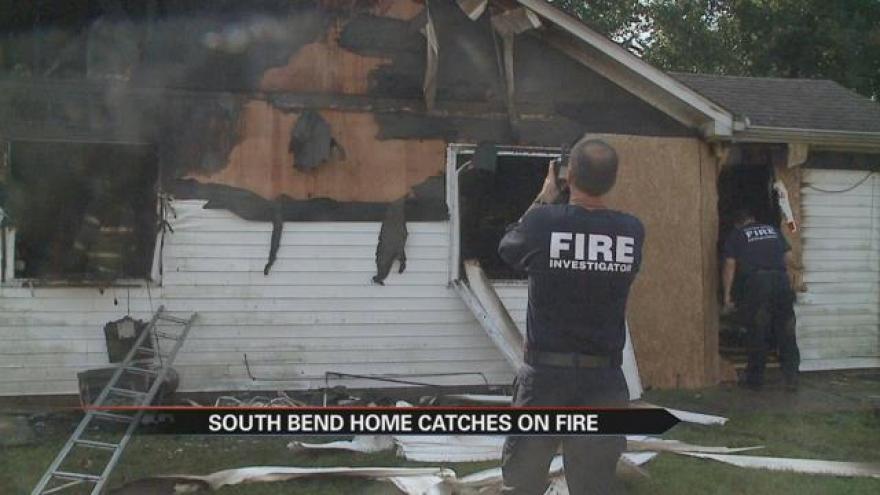 For the second time in just four days, a South Bend home has been battered by a major incident.

The latest one happened just before noon on Wednesday after flames engulfed the small house on Huey St.

On Saturday, a vehicle drove into the back of the house and on Wednesday, heavy smoke and flames destroyed most of it.

On Wednesday afternoon, several pieces of siding, an A/C unit, barely recognizable, and other debris were scattered all over the ground around the home on Huey and Fredrickon streets.

Just before noon, over half a dozen South Bend fire trucks responded to the scene.

Fortunately, no one was home when the flames took over, but the reason for that is much less fortunate.

“There was a report here that there was a fire here before and the back door was boarded up already,” said Nick Teckler, Battalion Chief for South Bend Fire Department.

On Saturday, the same home was damaged in another incident but flames were actually not the culprit.

When officers tried to make contact with the vehicle it backed up into the house.

A cause for the fire has yet to be determined and although it’s not necessarily a total loss, a woman who has lived at this home for 14 years tells me what’s happened to her house in the last 4 days is surreal.

She says an A/C unit, missing from this bedroom window and possibly other items inside, were stolen, just before flames engulfed her home.