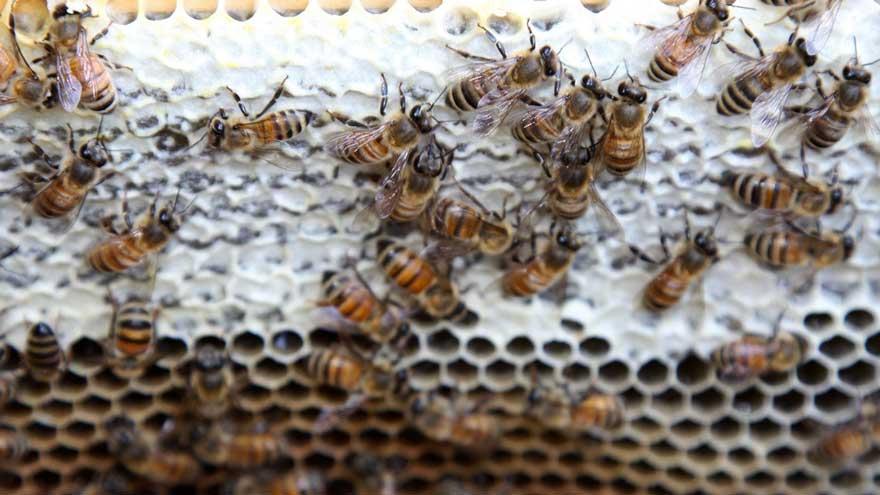 (CNN) -- In the best of times, Washington is a place for cross-pollination of politics across partisan lines.

Now, the Naval Observatory is literally a place for pollination.

"Bees aren't a political issue," second lady Karen Pence told CNN, discussing the recently installed beehive at the vice president's residence in Washington. "Everybody loves honey, everybody eats. I think everybody's for helping the bees, so I think it's a great way that we all can kind of come together."

"I met with some other first ladies and gentlemen from around the country and several of them had installed bee hives at the governor's residence and I thought what a great idea," she said.

Pence kept a bee hive at the Indiana governor's mansion and now the Naval Observatory is abuzz with a 3-1/2 foot tall beehive that is managed by a local beekeeper.

"One-in-three bites that we eat comes from a plant that has been pollinated either by bats or insects or bees, and our bees need help," she said.

"Crops that are supported by bees account for $15 billion dollars' worth of our agriculture industry. There are a lot of crops that have to rely on pollinators to even survive so if we don't have bees, and we don't have bats and we don't have insects pollinating them, then those crops will start to decline and that affects the whole country," said Pence.

According to the US Department of Agriculture, in the 1940s there were about 6 million honey bee hives, that number is now drastically reduced to about 2.5 million.

The sharp decline is caused by Colony Collapse Disorder with additional stressors such as parasitic mites, diseases and transport, per the Agriculture Department.

"Knowing that there is something I can do to help the bees and support them, it's something I want to do," Pence said.

While there are many causes for the bee decline, climate change may also play a role in the changing population.

"Changes to the habitat where bees forage" can be a factor, per the Environmental Protection Agency's website. The new hive was installed in June, less than one week after President Donald Trump began the process to pull out of the Paris climate agreement, which takes steps to curb global warming.

Pence has also added to the pollinator garden that already existed on the grounds of the vice president's residence. Pollinator gardens attract and support the bees by providing food and habitat.

"Having a bird bath with little stones on it so that they can sit there and get a drink is a great thing to do as they do get thirsty," she said.

"One of the great things about having a beehive is that you do get honey," Pence said.

She added that, in the past, she has put the harvested honey in little bear jars to present to guests.

Vice President Mike Pence "loves honey and loves having a bee hive," the second lady said, noting the first harvest will be in the fall.