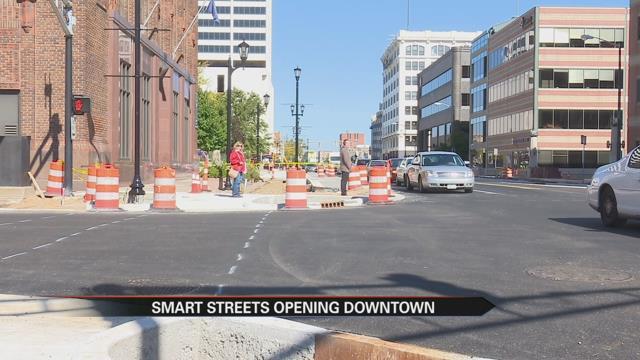 The second portion of Smart Streets opens Friday and Saturday.

Saturday, the remainder of Main is expected to open as two-way in the city's street changes known as 'Smart Streets'.

“If you really want to get from one end of the city to the other, you probably want to find another route,” Mayor Pete Buttigieg said.

That will include with the downtown section of Michigan Street still being converted to two-way.

“We’re going to ask for continued patience because it will open up some of the congestion since we’re going to be creating a little more on St. Joe,” Horvath said.

Not only is the city asking for patience, but they want drivers to pay attention.

Buttigieg and Horvath say Main and Michigan are no longer built for passing through, but for downtown exploration.

“It creates the kind of street where you just want to spend more time,” Buttigieg said.