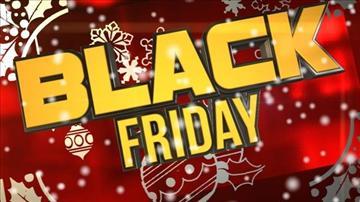 SOUTH BEND, Ind. -- Thanksgiving night and on Black Friday, millions of Americans will head to stores and malls to scoop up the deals. But with those savings comes a risk of cuts, bumps and bruises. We spoke with a security expert who has tips on how to stay safe while shopping.

Ed Becher says the deals are what makes Black Friday so dangerous.

"You get 20 people trying to get ten items," said Becher.

Becher has been involved in security work for close to three decades. He says each year incidents happen with more frequency.

In recent years he has heard of shootings and even people using pepper spray.

Often, he says, it just starts with a few angry and annoyed customers.

A mob can be hard to stop once it gets going.

That's why Becher says if you find yourself in a situation like that, get out of the area.

"The biggest thing is watching your surroundings, and keeping your eye out, just not in front of you, but 360 -- watching what's going on," said Becher.

He says sometimes the sales just aren't worth it, especially when you consider the price of a bail bond or a hospital visit.

"The simplest thing is to walk away, and avoid the conflict, or easiest thing to do is - shop online," said Becher.

The Indiana Department of Labor encouraged retailers to take extra safety measures so you may see more barriers and line markers this year.