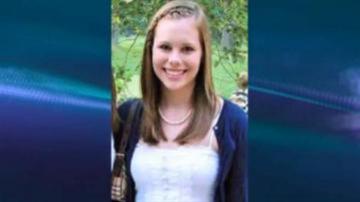 SOUTH BEND, Ind. – Lizzy Seeberg’s family and friends all came together at Howard Park on Saturday for The American Foundation for Prevention’s first “Out of the Darkness Community Walk” in South Bend.

Lizzy’s father, Tom Seeberg said his daughter’s death has left him with a deep scar, a mark of pain that will never fully heal or fade.

“Untimely death is one thing; suicide is a little different, a little bit of a different wound,” Seeberg said.

Lizzy committed suicide on Sept. 10, 2009, just 10 days after she went to police to file a report of sexual assault.

“She was caught in a very, very tense situation.” Seeberg said.

The 19- year-old Saint Mary’s student said she had been assaulted by Notre Dame Football player. Seeberg said his daughter suffered from an anxiety disorder and battled depression, but she was being treated and was learning to conquer those ailments.

“She was doing really, really well which seems to make this all the more tragic…” Seeberg said Lizzy had found her place at Saint Mary’s, but she was still vulnerable. “…Let’s face it, she drove into a pretty dark storm,” Seeberg said.

Lizzy felt like she was in a hole she couldn’t get out of after she had filed the report. Seeberg said, “Feeling like the world was coming down on her, taking this on.”

Life-long friend of Lizzy’s, Caitie Young said, “It was hard, I definitely wasn’t prepared for how hard it was going to be when her dad talked.”

Young grew up with Lizzy in the suburbs of Chicago, and then they both moved to South Bend for college, Lizzy went to Saint Mary’s and Young went to Notre Dame. Now a senior at the University, Young said she loves her school, but it’s difficult to cope with the circumstances of his best friend’s death.

“It’s been really tough, this past year, it’s just been a whirlwind,” Young said.  “It’s really true what he was saying learning to deal with it, we have to live with this, what happened…”

Family and friends said they try to stay strong, but a letter written by Notre Dame that was released last week reopened some old wounds. The student-athlete attorney for Notre Dame released a copy of the letter the University sent to the accused football player back in February.

The letter stated that through a hearing with the school’s disciplinary board, he had been cleared of the sexual misconduct allegations. This is something that was already known, which is why Seeberg doesn't understand why it was released now.

“It’s just sort of worthless. You know, a process and investigation that did not have integrity, leads to a result that didn’t have integrity,” Seeberg said. “So for us, it’s sort of not a giant surprise, but it’s kind of like a 'so what'?”

Seeberg said whatever the reason was behind the release of that letter, it was too little too late,

“The fact is, the time came and left in respect for doing the right thing for Lizzy...that’s gone.”