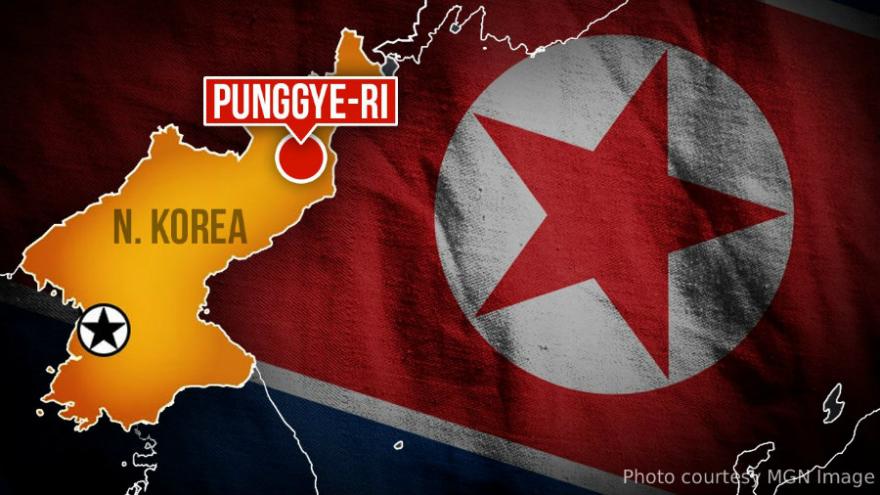 (CNN) -- Seismic activity was detected Saturday near the site of North Korea's Punggye-ri nuclear site, but it is not known whether a nuclear test caused the development.

A magnitude 3.5 earthquake struck at 4:29 a.m. ET Saturday 22 kilometers (more than 13 miles) east-northeast of Sungjibaegam, North Korea, the US Geological Survey said. The depth of the earthquake was 5 kilometers (3.1 miles).

"This event occurred in the area of the previous North Korean nuclear tests," the USGS said. "We cannot conclusively confirm at this time the nature (natural or human-made) of the event. The depth is poorly constrained and has been held to 5 kilometers by the seismologist."

Saturday's detection comes at a time of rising tensions between the United States and North Korea, with North Korean dictator Kim Jong Un and President Donald Trump engaging in an escalating war of words.

Two South Korean officials at the Korea Meteorological Administration told CNN that their analysis so far suggests Saturday's seismic activity around the nuclear site was not caused by an explosion or a collapse of the site.

"We assess that there is a slim possibility that it was caused by a collapse," said Park Jong-shin, one of the officials.

"Our analysis shows that it was a natural earthquake. However, we are carrying out a further analysis because there are concerns that it might have been a man-made earthquake."

Another official at the the Korea Meteorological Administration's command center said it is believed to have been a natural earthquake.