Semi driver killed after colliding with Jeep on US 31 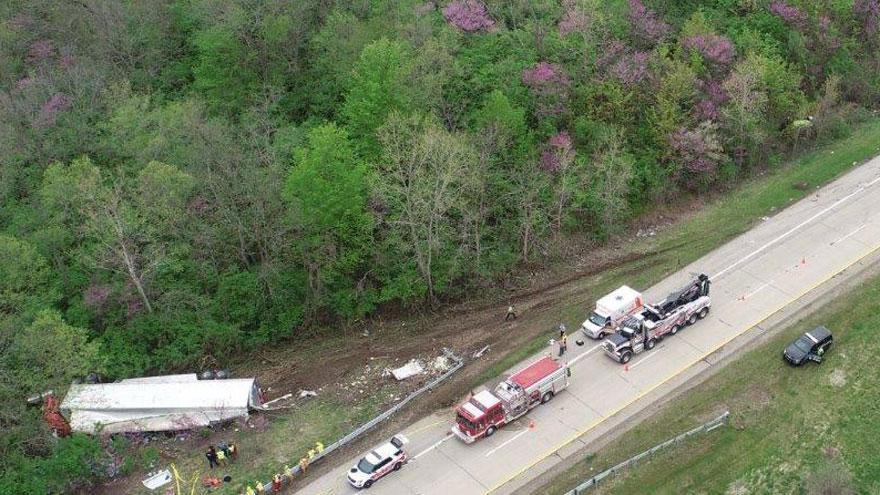 ORONOKO TOWNSHIP, Mich. -- The driver of a semi was killed in a crash on US31 Thursday afternoon after colliding with a Jeep, according to the Berrien Springs-Oronoko Township Police.

Police were called to St. Joseph Valley Parkway/US31 at the 13 mile marker at approximately 5:30 p.m.

The investigation revealed a Jeep Wrangler towing a trailer was traveling southbound when a southbound semi ran into the trailer and the Jeep, reports said.

The Jeep rolled onto its side and slid into several trees. Police said the front seat passenger was ejected.

The semi rolled over and struck a tree. The driver, 58-year-old David John Schultz, of Eustis, Florida, was pronounced dead at the scene.

The driver of the Jeep was transported to the hospital for observation. The passenger was treated and released. Both are from Mishawaka.